Home Newspaper May 2018 Making a move on fees
James Langton

As the question of whether the Canadian Securities Administrators (CSA) will ban embedded compensation continues to hang over the investment industry, the policy landscape is shifting. Everything from the spectre of class-action lawsuits to the prospect of a third phase of the client relationship model (CRM3) is on the horizon.

After yet another year of debate and consultation, the CSA was expected to reach a decision on embedded compensation by the end of March, which marks its fiscal yearend. However, that date has come and gone without clarity on the issue. Now, there are indications that a decision from the CSA isn’t likely to come until late spring or summer.

In the meantime, both the investment industry’s self-regulatory organizations (SROs) and investors are taking action that could affect the CSA’s ultimate decision.

To begin with, a class-action lawsuit has been proposed that seeks a court ruling on the fairness of certain embedded compensation structures. 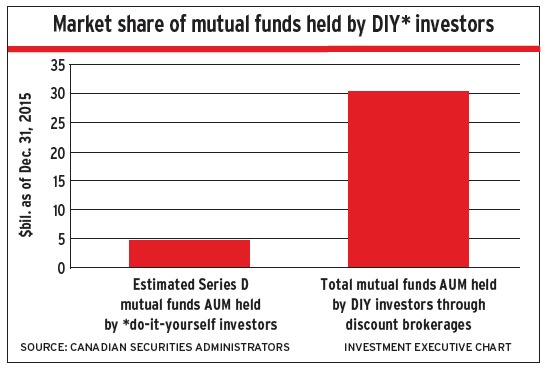 “As discount brokers do not and cannot provide investment advice to investors,” the statement of claim states, “the payment of trailing commissions to discount brokers on account of advice is improper, unreasonable and unjustified.”

Furthermore, the statement of claim argues that charging fees to pay those commissions to discount brokerages is “wasting” the funds’ assets. This, in turn, is causing harm to investors.

The allegations made in the lawsuit have not been proven and the class action has not been certified. TDAM declined to comment on the case, citing the fact that the issue now is before the court.

Whether there’s a valid legal claim is not yet clear, but the issue of mutual funds paying trailer fees to discount brokerages has been on regulators’ and investor advocates’ collective radar for some time. In fact, on the same day the proposed class-action was launched, the Investment Industry Regulatory Organization of Canada (IIROC) issued fresh guidance on several issues involving discount brokerages, including the payment of trailer commissions.

Series D mutual funds typically pay much lower trailer fees to account for the fact that investors aren’t receiving ongoing advice from their investment dealers. In cases in which Series D versions of mutual funds are not available, IIROC’s guidance states, dealers should be prepared to issue rebates to investors on the portion of the trailer commission that’s ostensibly being paid for advice.

Although how much of the typical trailer is being paid for advice, and how much is intended to finance “other services,” is not clear, CSA research indicates that Series D funds typically pay trailer fees of 25 basis points (bps) on an equity fund rather than the 100 bps that’s commonly paid on the full-service version of the same funds. This implies that about 75 bps is allotted to compensation for advice – and that tens of millions of dollars a year collectively are being paid for advice that isn’t delivered.

In the wake of both the IIROC guidance and the proposed class-action lawsuit, investor advocates, who have long complained about the fairness of funds paying trailers to discount brokerages, are hopeful that the CSA finally will take definitive action.

“We believe the proposed [TDAM] class action and the new guidance from IIROC regarding the payment of trailer fees to discount brokers highlight an existing broad practice, which demonstrates baldly how embedded fees can be applied deceptively and harm retail investors,” says Frank Allen, executive director of the Canadian Foundation for Advancement of Investor Rights (a.k.a. FAIR Canada) in Toronto. “Even [do-it-yourself] investors, who are neither seeking nor receiving any advice, pay for it through Series A mutual funds.”

Indeed, despite the availability of Series D funds, the vast majority of mutual fund assets under management (AUM) held through discount brokerages is in mutual funds that pay full trailer fees.

Only about $4.6 billion of mutual fund AUM held through discount brokerages was held in Series D funds, which indicates that many investors either aren’t aware of the availability of Series D funds or don’t have adequate access to them.

If 75 bps in annual trailers is being paid for advice on the remaining $25 billion in AUM, those investors could be paying $187.5 million a year collectively in fees for advice they don’t receive. Of course, this amount is only a rough calculation and doesn’t account for the asset mix of these funds or factor in the strong growth in mutual fund AUM over the past few years.

Investor advocates want the CSA to step up and take action to resolve this long-standing issue.

“The CSA’s policy response on embedded commissions can, and must, fully address these pernicious types of arrangements, which can silently deprive Canadian retail investors of a significant portion of their invested funds over time,” Allen says.

The CSA’s latest consultation paper on embedded commissions acknowledges that concern. The paper cites the discount brokerage compensation issue as one example of the harm embedded compensation causes.

Specifically, the CSA paper points to the issue of discount brokerages receiving trailers for advice as evidence that embedded compensation “misaligns” what investors pay with what they receive from the investment industry. Furthermore, the CSA paper suggests that lack of understanding of fees among investors also is probably a factor that results in investors collectively paying millions of dollars each year for advice they don’t receive.

Traditionally, regulators have tried to address this poor understanding of the costs of investing with heightened disclosure, the most recent example being the second phase of the client relationship model (CRM2). The requirements of that model, which have been fully implemented, are designed to provide investors with much better information about what they’re paying in order to invest. Yet, some organizations now view CRM2 as inadequate.

Notably, the Mutual Fund Dealers Association of Canada (MFDA) issued a paper in mid-April that proposes expanding what’s covered in the cost disclosure investors receive under CRM2. The MFDA’s proposal, often referred to as CRM3 within the industry, seeks to enhance the CRM2 disclosure requirements to capture investors’ costs more fully.

CRM2 requirements focus on the costs paid to dealers, but don’t include some of the other costs that investors may incur, such as certain administrative expenses, redemption fees and short-term trading fees. The MFDA’s paper suggests that expanding the CRM2 requirements to provide investors with disclosure of these other costs would give investors a truer picture of the full costs of investing and allow for better investing decisions.

Although the industry initially fought against the CRM2 requirements, it has been more welcoming toward CRM3 – particularly if it discourages the CSA from banning embedded compensation structures.

Get ready for an OAS index adjustment, a one-time payment for “older” seniors and an extra 10% for seniors over 75

The certification body released its annual statistics, achievements and priorities

The industry supports legislative changes made by the provinces, but there is still work to be done