Over the past 10 years, U.S. mutual fund launches have fallen significantly as fund closures have ramped up, according to data from Morningstar Direct. But a similar trend isn’t happening in Canada. 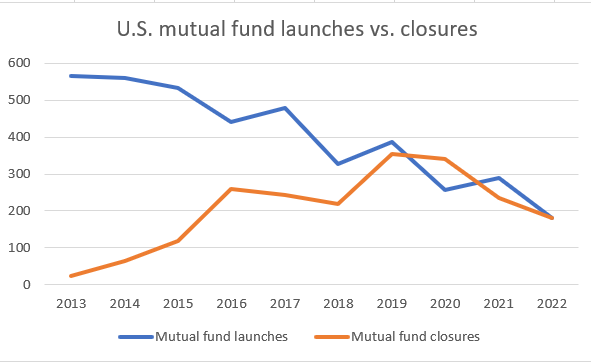 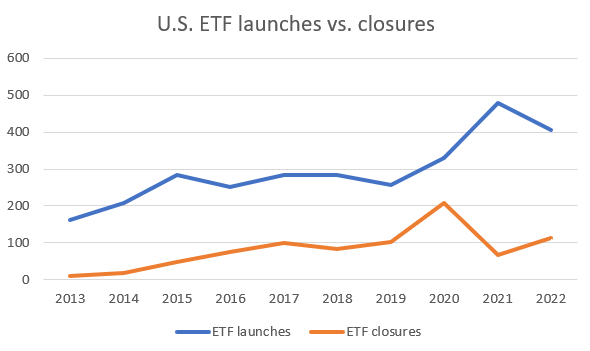 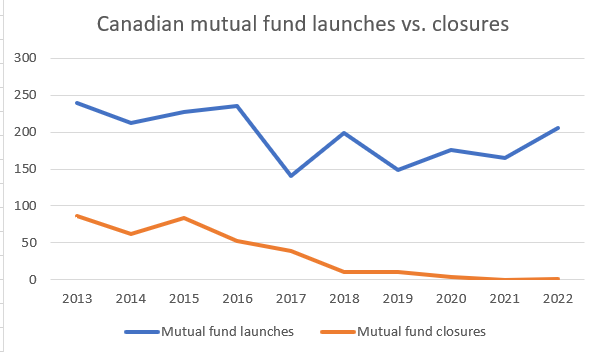 Canadian ETFs fared better, but only slightly. The 140 ETF closures over the past decade were equivalent to just 15.6% of the 899 ETFs launched over the same period. Closures peaked in 2017 and have dwindled since. 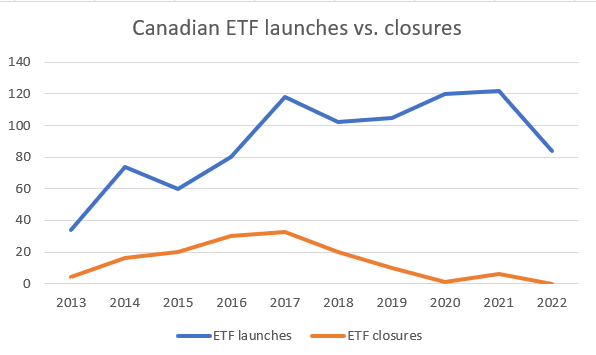 Previous Morningstar research has shown that thematic funds are particularly vulnerable to closure over long periods.

The report noted that investors face “formidable challenges” when “selecting a thematic fund that will survive and outperform global equities over longer periods.”

62 fundcos receive FundGrade A+ awards for 2022

Nearly 400 funds have been classified under six responsible investing categories

62 fundcos receive FundGrade A+ awards for 2022