The federal government’s softened version of the Canada Recovery Dividend (CRD) on banks and insurers will save the industry $1 billion, according to the Office of the Parliamentary Budget Officer (PBO).

The Department of Finance released draft legislation in August modifying the one-time 15% tax on banks and insurers’ taxable income above $1 billion, known as the CRD. The amended version bases the CRD on the average of taxable income for the 2020 and 2021 tax years.

A legislative costing note released Thursday by the PBO estimated the modified CRD will only net $604 million annually over the same period, for a total of $3.02 billion.

The CRD liability will be imposed for the 2022 taxation year and is payable in equal amounts over five years.

The PBO also released updated projections for the the bank and insurer surtax, which will be 1.5% for taxable income over $100 million beginning in the 2022 taxation year. Those companies will pay 16.5% on income above that threshold going forward.

The surtax and CRD combined are now estimated to raise $5.3 billion over five years, down from the $6.1 billion initially estimated in the 2022 federal budget.

The draft legislation containing the modified CRD and the surtax remains out for comment until Sept. 30. 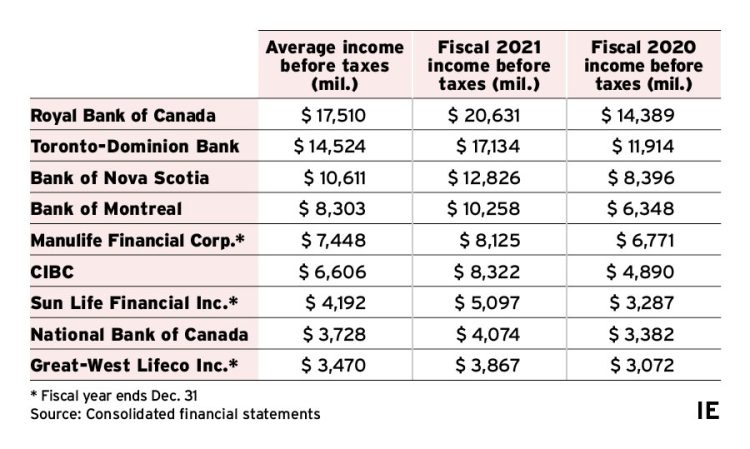 BMO receives regulatory approval for Bank of the West acquisition

The proposed guidance is out for comment until March 31

In less than 12 months, nearly all the biggest lenders have failed spectacularly