Andrew Marsh is stepping down from his role as president and CEO of Richardson Wealth Ltd. at the end of March, the brokerage firm’s parent company RF Capital Group said on Tuesday.

“As Richardson Wealth embarks on the next chapter, the best thing for me and the firm is to pass the baton to the very capable leadership team currently being assembled by [president and CEO of RF Capital] Kish Kapoor,” Marsh said in a release. “My ongoing role will be as a significant and supportive shareholder, and as an ambassador for Richardson Wealth.”

Marsh leaves a “strong foundation” for the firm, Kapoor said in the release, including relationships he developed across the wealth management industry.

“In the coming weeks Andrew and I will work together on a seamless transition and a leadership structure to drive continued growth at Richardson Wealth,”  Kapoor said.

Marsh led Richardson Wealth, formerly known as Richardson GMP, since 2010, during which time he oversaw the merger of GMP Private Client with Richardson Partners Financial, the acquisition of Macquarie Private Wealth Inc. and the addition of many advisors to the firm. He joined GMP Private Client in 2004 as managing director, national sales. 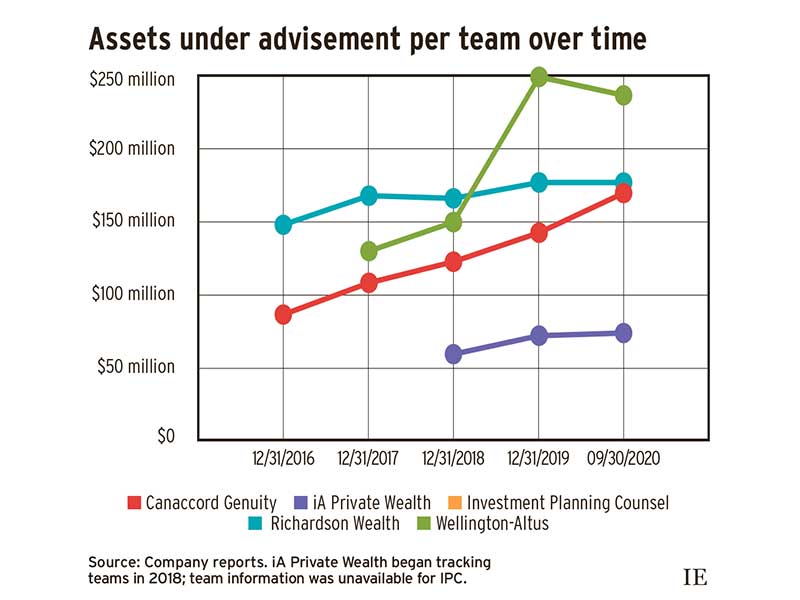 “Change brings opportunities and we are excited by the future we see ahead of us, building on the strong foundation that Andrew helped create,” said Hartley Richardson, president and CEO of James Richardson & Sons, Limited, which through its subsidiary Richardson Financial Group Limited is the largest shareholder of RF Capital.

“We are delighted that Andrew will remain a strong and important member of the firm’s shareholder group, we thank him for his leadership and friendship, and we wish him all the best as he moves on to new endeavours.”

December GDP could be less than expected, a CIBC economist warns

Any stimulus should be wound down before the end of March, says federal parliamentary budget officer Yves Giroux

Ontario court rejects claim that victim misled company about his past

Regulator proposes hefty new fee for OTC derivatives players while cutting fees for others. Comments are being accepted until April

Capital markets have returned to earth, but core banking business is solid