The impact of Covid-19 on life insurers will probably be attributable mainly to adverse movements in financial markets, according to Toronto-based DBRS Morningstar Inc. “The impact on insurance claims is expected to be manageable,” a recent report from the firm states, “given the relatively low mortality rate for infected individuals.”

In a separate report, the London office of New York-based Moody’s Investors Service Inc. agrees: “For global insurers, mortality levels would need to rise significantly to trigger a substantial rise in claims for life insurers, although there is still a lot of uncertainty as to the ultimate level of deaths.”

However, the Moody’s report forecasts second-order effects, such as volatility in financial markets and lower bond yields, to have a bigger impact on insurers’ capital and profitability. The report added that Europe-based insurers “are particularly sensitive to financial market volatility and movements.”

The increase “has been fuelled in part by subprime-type loans,” which now total more than US$1 trillion, says Krishen Rangasamy, senior economist with National Bank Financial Inc. in Montreal. “If leveraged loans go bad, that has the potential to freeze the corporate bond market and the entire financial system,” he says. Such a financial shock “would likely spill over quickly to a real economy that’s already weakened by virus-related disruptions.”

Any freezing of the U.S. bond market would be felt in Canada immediately. Canadian life insurers hold large amounts of fixed-income investments to back up their long-term insurance liabilities, as do property and casualty insurers for their shorter-term liabilities. Mutual funds need corporate bonds for their fixed-income and balanced funds. Brokerages would also be hurt.

On the plus side, the DBRS report states, over the past few years, insurers “have improved the comprehensiveness of their risk management policies and procedures. There are currently more developed risk management procedures in place and better monitoring of current and emerging risks.” 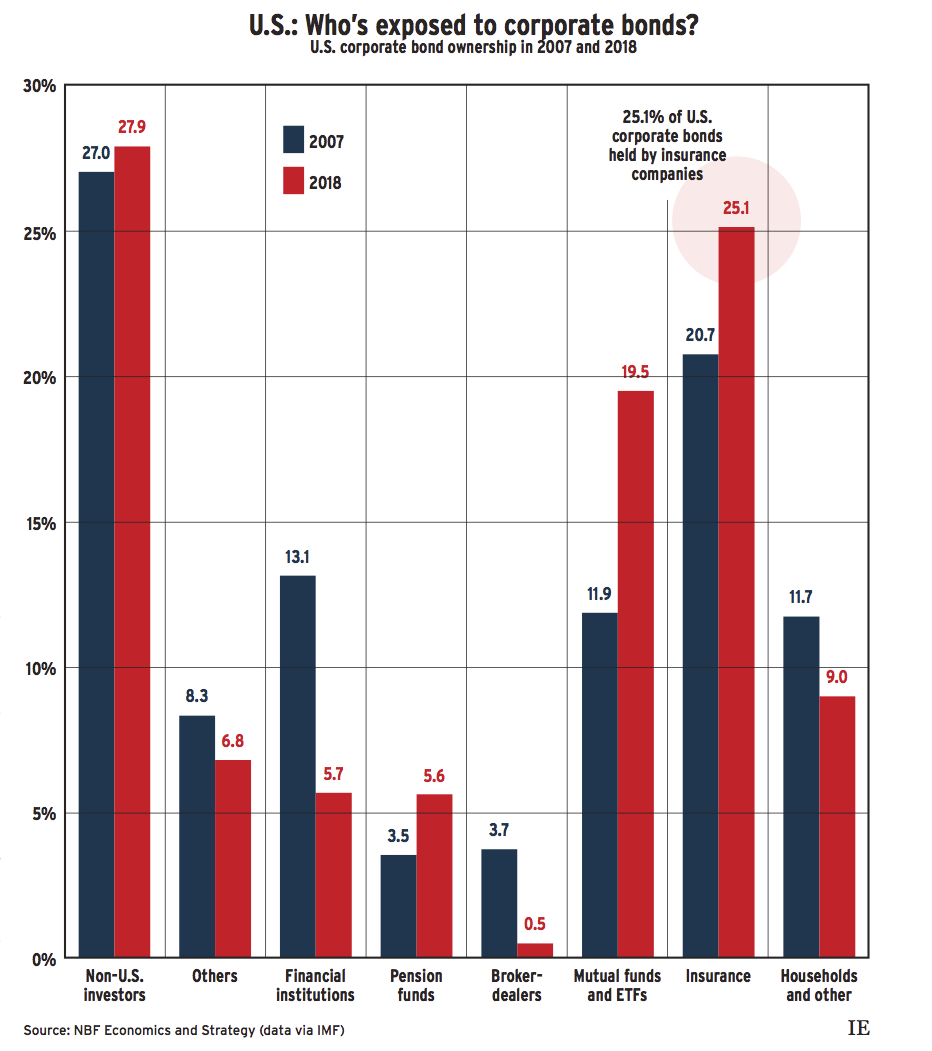 Regulators are slowly bringing the sector to heel

Some experts believe the feds could hike capital gains rate

The regulator's accreditation relationship with CECAP will end on Dec. 31