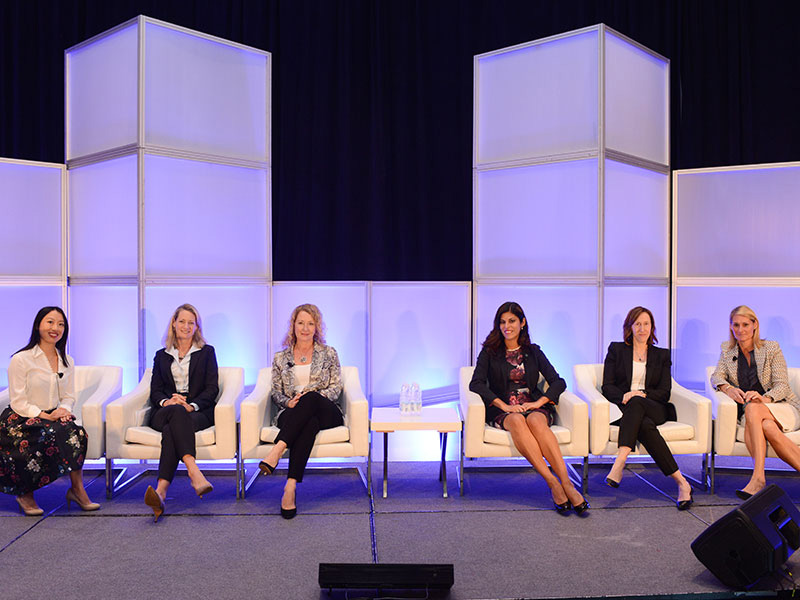 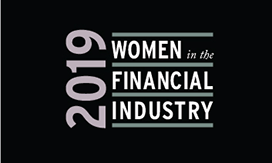 An impressive 350 attendees gathered in Toronto on September 18, 2019, for the year’s third installment of the Women in the Financial Industry conference. The theme of the conference, which was also held in Vancouver and Montreal, was “Creditworthy: navigating success as a woman in the ﬁnancial industry.” On the Corporate Commitment to Women Panel, ﬁve senior leaders discussed what their corporations have implemented to highlight diversity and inclusion. Read on to learn more about these women in ﬁnance and what their corporations are doing to celebrate women in the workplace.

MELISSA SHIN: What is your favourite corporate initiative to improve diversity at your company?

TANIS FEASBY: We have an enterprise Diversity Leadership Council (DLC) chaired by the CEO, which sends the message that this is important. Over 250 senior leaders are involved in running a DLC — every business or function has one. Additionally, our Women in Leadership program accelerates the development of women with the potential of becoming executives, by giving them a coach, leadership training, mentoring and, more important, networking opportunities over a 10-month period. We also did a video campaign to recruit women advisors in the RBC Dominion Securities business, which is worth mentioning because of the lovely emotional messages and because it recruited as many men as women. 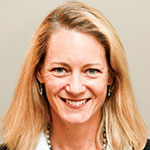 “Our Women in Leadership program accelerates the development of women with the potential of becoming executives.”
- Tanis Feasby, Vice-President and Head of Brand and Marketing, RBC Wealth Management

LORI LANDRY: Although 50% of our employees in Canada are female, only 34% of our leadership roles are held by women. We built a program to address the gaps called Bright Women. The program was built on three pillars: confidence, taking more risks, and growing your influence, and includes online learning, training sessions and master classes.

KARIN ZAUDERER: We have designed a program to advocate for gender equality in our industry and the communities where we live and work, and to educate our clients on how they can best partner with women investors. Our Women in Investing platform consists of 3 pillars: Women in Investing (investing in the our talent pipeline to bring more women into portfolio management and leadership positions), Investing in Women (matching the resources, time and talents of our people with leading organizations around the world to support gender equality and tackle the essential challenges facing girls and women today) and Women as Investors (recognizing the growing influence of women investors, we are committed to a research-oriented approach to understanding and meeting their evolving investment needs). There is still much work to be done but PIMCO is focused on this globally and committed to making a difference. 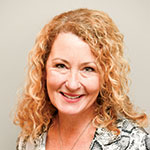 “I took my own advice, which was to take more risks.”
- Lori Landry, Chief Marketing Officer, Sun Life Global Investments

MARIA-JOSÉ PEREA: We have 46,000 employees nationally and 69% of our workforce is women. If we look at manager positions, we’re talking about 59%, and in higher leadership positions, we’re talking about only 30% female representation. One great initiative we have is our Desjardins Lab, which is an innovation incubator. Through the lab, we are launching this year the fifth edition of the biggest open innovation challenge in the world, the Cooperathon, which is a 25-day marathon for different parties to come together and develop solutions to address social issues. Last year, diversity and inclusion were at the heart of the program and teams were challenged to include these principles within their projects and team formations.

KELLY ROBERTS: I’ve seen the firm become much greater at recognizing diversity and inclusion. It’s not a single initiative but rather a commitment to a number of activities that help to create a progressive, modern workforce. This includes everything from the importance of having inclusive policies to encouraging employee resource groups to seeking out employee feedback through engagement surveys. Our chair, Abigail Johnson, has done well in placing senior women into non-traditional female roles such as in sales, capital markets and research. In Canada, our senior executive team is represented by 50% women, which will lend an interesting lens to how we build our strategy moving forward. My favourite initiative was when I formed our first-ever female advisory council in 2018. This entailed deploying the engagement work we did to move the needle internally out to our female client base. 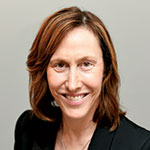 “It’s getting the senior males involved from the top down that also helps.”
- Karin Zauderer, Executive Vice-President, Head of Marketing Americas, PIMCO

SHIN: Kelly, recognizing that your advisor client base has become much more diverse over the years, what does your firm do to target a diverse clientele?

ROBERTS: Being one of three women who were in sales when I started 19 years ago, we had to start from the inside out. We’ve worked to educate women, starting even at the high school level, on what a successful career can look like in sales and dispel the myth that this is an all-boys club. We’ve adjusted our lens of what the job looks like to make it more attractive to women. Ultimately, we’ve reformulated the expectations of employees and have given them more flexibility to allow them to succeed. Your sales team should look similar to your client base in order to be successful.

SHIN: Maria-José, what are the unique qualities that women bring to the table and how could those translate to leadership roles?

PEREA: I think when we define leaders, we may use stereotypical attributes associated with males, like being more direct or forceful. I think that we need to rethink the way we define leaders and bring in different styles of leadership. Women score higher when it comes to social sensibility: they tend to be the ones to bring people together, collaborate and develop people. I think women are well-positioned to lead the future makeup of the workforce because those types of skill sets are more and more prevalent. 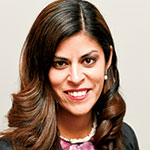 “We are in it to enrich the lives of communities and individuals, and to do that, we need to represent their diversity.”
- Maria-José Perea, Vice-President, Business Solutions and Marketing, Desjardins

SHIN: Karin, what does your firm do to encourage more young women to pursue careers in finance?

ZAUDERER: The pipeline is critical, but also a work in progress. When it comes to attracting, developing and retaining the younger population, we have a very successful intern program and we also work with external partners such as 100 Women in Finance, the 30% Club, Women in Capital Markets in Toronto and Girls Who Invest, which has a goal to have 30% of the world’s investable assets managed by women by 2030. Additionally, we seek to develop our pipeline through Project Diversity Now and Always (DNA). Project DNA is a multi-year project to build a comprehensive recruiting strategy that integrates and institutionalizes inclusion, diversity and culture best practices into all aspects of the recruiting processes to facilitate an increase in the diversity of candidates and hires for key businesses and demographics (women and under-represented minorities). Examples of this initiative include using AI software to ensure job descriptions are gender-neutral and offering guidance to colleagues to amplify job postings on social media.

SHIN: Tanis, how does your firm measure gender and other forms of diversity, and how has the presence of metrics influenced your progress?

FEASBY: We measure these a lot and we are transparent about it. We’ve incorporated a quarterly diversity and inclusion performance scorecard that gets sent out company-wide by the CEO. Looking at women in executive positions, currently we have 47% tracking toward our end-of-year target to be at 48%, with a multi-year goal of 50%. We look in particular at new appointments who are women and visible minorities, and how much of our workforce identify as Indigenous, LGBTQ and people with disabilities. Also, our annual employee opinion survey pulls our diversity and inclusion index, which includes different metrics. It’s also important to look beyond the metrics to do what’s right. For instance, we have a program in Dominion Securities for investment advisors who want to take a leave of absence, such as parental leave or to care for a family member. 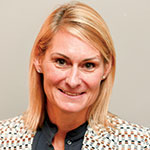 “In Canada, our senior executive team is represented by 50% women, which will lend an interesting lens to how we build our strategy moving forward.”
- Kelly Roberts, Vice-President, National Accounts, Fidelity Investments

SHIN: Lori, what have you learned from leading diversity initiatives, and how it has benefited the business?

LANDRY: What I heard from women financial advisors was the need to gather female advisors and help one another with building their business and practice, and so the Sun Life Global Investments Women’s Investment Symposium was built. Though initially we didn’t see immediate financial results, I told my executive team that we had to have patience; this is about building relationships. We are now in the program’s fifth year, and have experienced significant success with it. If we had trusted only the metrics in those early years, we would have cancelled the event and it would have been a huge mistake.

SHIN: Maria-José, how have you managed to convince your executive staff that diversity initiatives are worth investing in?

PEREA: I believe that, in our case, it’s a recognition that multiple initiatives will have the most impact. It is not a single initiative that will generate the result, it’s about a wider objective. I don’t think there’s any doubt that working diversity and inclusion into organizations will generate better business results.

SHIN: Kelly, where do you see men in bolstering these initiatives?

ROBERTS: I think the challenge in running a female event or networking group is that men think this is the last thing they would want to attend. It is important to have senior leaders set an example from the top: it doesn’t just have to be about women being with women. I am happy to say that a lot of men at our company do a very good job at genuinely connecting with and supporting our female clients.

SHIN: What about you Tanis: What have you seen in terms of the role of men and moving this conversation forward?

FEASBY: From younger women, I hear a lot surrounding imposter syndrome, anxiety and the balance of being 100% at work and 100% about family obligations. It’s important to help them connect with others and successful female role models, to share that it’s okay to feel that way and that they’re not alone. Men have that struggle too, so my wish is for more men to come forward and talk about their challenges.

SHIN: To finish on a practical level, Lori, what would you say to women who want to start a diversity initiative but don’t have the same influence as a vice president or executive—what can they do?

LANDRY: The best advice I received early on in my career was to stop talking about it and just start! If you’ve identified a need for more female voices or a gap in an area, whether that’s confidence, influence or networking, then set aside some time and start drafting your plan.

We have male financial advisors telling us that we should be doing a conference for men about how to talk to female clients. I think it’s a brilliant idea – so come and learn from women how to talk to women and, trust me, your business will blossom.

Enjoy some of the photos from the Toronto event!